Help get the blog further…

I know it’s not blog day, but I thought i’d ask a favour…

If you have enjoyed reading my blog…Would you consider posting the image below on any social networking sites that you are on!

I’d be so grateful.

Every Blessing & Many thanks – Tom 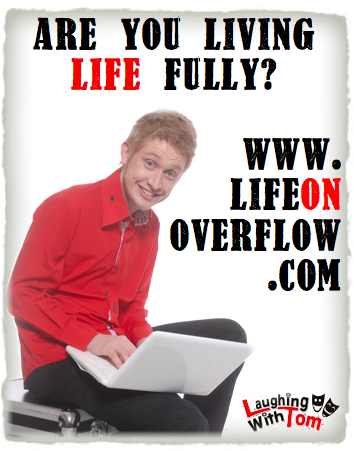 Tom Elliott is a Christian Communicator who is passionate about introducing people to Jesus. Tom is also a credible and experienced Comedian, Magician, Speaker and writer, with a heart to use his gifts for the extension of Gods Kingdom. He has travelled extensively throughout the UK and abroad, whilst also being on the leadership team of his home church in Gloucestershire. Tom has been mentored by some of the UK’s most influential evangelists including J.John, Steve Legg, Mark Greenwood, Mark Ritchie, Matt Summerfield, Barry Woodward and more. Through his acclaimed show, Tom captures the attention of non believers through quality entertainment and as a result has been able to share his faith on TV, Radio, Online, in schools, churches & theatres reaching thousands of people with the Gospel. Tom has also taken his work to many large scale events and Festivals such as ‘New Wine’, ‘Detling,’ ‘Gorsley’, ‘Greenbelt’ and ‘Spring Harvest’ Tom is honoured to be an Ambassador for the international Christian charity ‘Compassion’ who work to change lives in over 26 countries that suffer extreme poverty. Toms desire is to see all people take hold of Jesus’ promise of life to the full. On stage and off stage, Tom’s passion for this fulfilment of life is contagious. Tom has been personally trained by expert entertainers and in 2013, Tom contributed to a book titled ‘Does God LOL’ alongside some of the biggest names in comedy, to raise money for national charity, ‘Mary’s Meals’. This book is now available in many good book stores. www.laughingwithtom.co.uk
View all posts by laughingwithtom →
This entry was posted in Uncategorized. Bookmark the permalink.