So it’s nearly Christmas! I know that for sure, because Cliff Richard has suddenly became popular again and everyone is strangely attracted to a man in red with a fake beard, shouting ho,ho,ho!  This cannot be the norm!

There is one thing of course, that many of us will have in common this Christmas. We are all awaiting time with the family, some lovely presents and of course, those meaningless presents that everyone receives at least one of, each year? 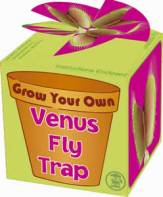 By meaningless presents – I’m talking gifts such as ‘Grow your own Venus Fly trap’ or ‘Mobile phone holders designed in the form of cartoon characters’.

They are the type of presents which, more often than not, do one of two things.
1) They collect Dust.
2) Labeled as ‘Hand me downs’ for the younger relatives.

Yes, I’ve been there and I’m now passing the tradition on. 🙂

Or, could it be about something bigger? Could Christmas be more meaningful than it ever has been, if we looked from a different perspective?

If all the presents, family time and decorations were taken away – would Christmas still be a significant occasion for you?

Are all the presents, in a sense, meaningless, compared to what Christmas is really about?

So here are a few thoughts…

1) What does Christmas mean to you?

2) How can you experience Christmas differently this year?

3) Have you ever asked yourself, ‘Is there more than this?’

Tom Elliott is a Christian Communicator who is passionate about introducing people to Jesus. Tom is also a credible and experienced Comedian, Magician, Speaker and writer, with a heart to use his gifts for the extension of Gods Kingdom. He has travelled extensively throughout the UK and abroad, whilst also being on the leadership team of his home church in Gloucestershire. Tom has been mentored by some of the UK’s most influential evangelists including J.John, Steve Legg, Mark Greenwood, Mark Ritchie, Matt Summerfield, Barry Woodward and more. Through his acclaimed show, Tom captures the attention of non believers through quality entertainment and as a result has been able to share his faith on TV, Radio, Online, in schools, churches & theatres reaching thousands of people with the Gospel. Tom has also taken his work to many large scale events and Festivals such as ‘New Wine’, ‘Detling,’ ‘Gorsley’, ‘Greenbelt’ and ‘Spring Harvest’ Tom is honoured to be an Ambassador for the international Christian charity ‘Compassion’ who work to change lives in over 26 countries that suffer extreme poverty. Toms desire is to see all people take hold of Jesus’ promise of life to the full. On stage and off stage, Tom’s passion for this fulfilment of life is contagious. Tom has been personally trained by expert entertainers and in 2013, Tom contributed to a book titled ‘Does God LOL’ alongside some of the biggest names in comedy, to raise money for national charity, ‘Mary’s Meals’. This book is now available in many good book stores. www.laughingwithtom.co.uk
View all posts by laughingwithtom →
This entry was posted in Uncategorized. Bookmark the permalink.